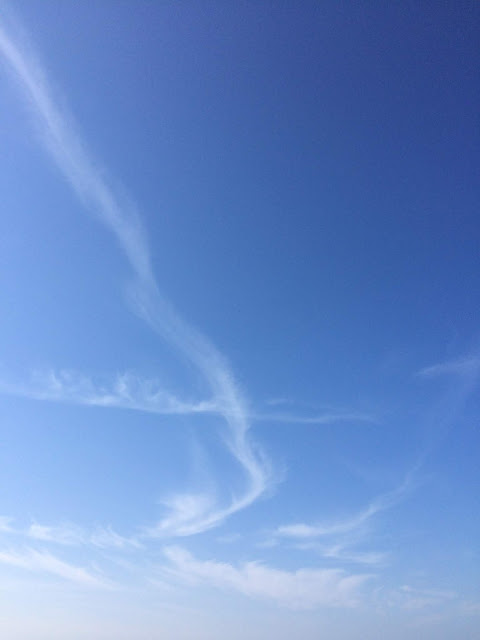 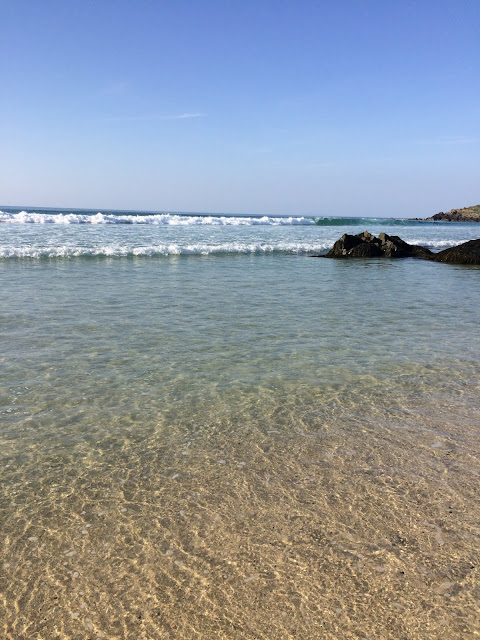 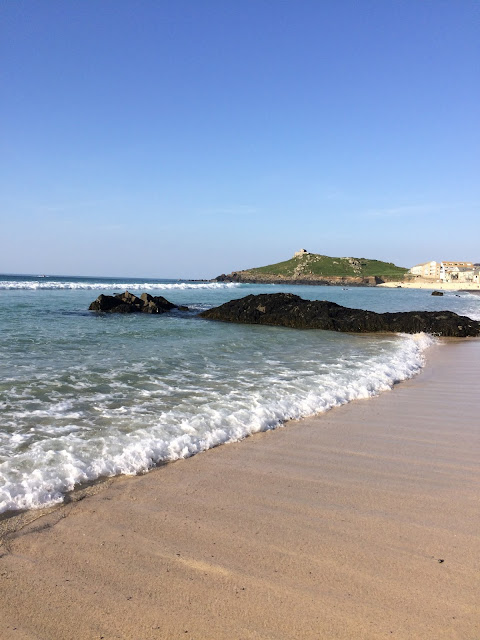 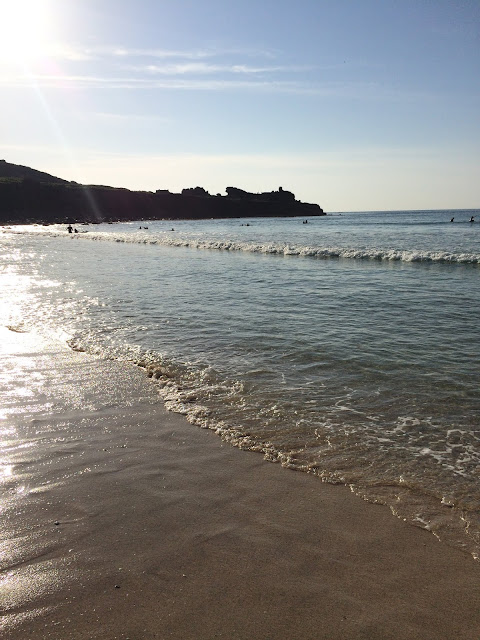 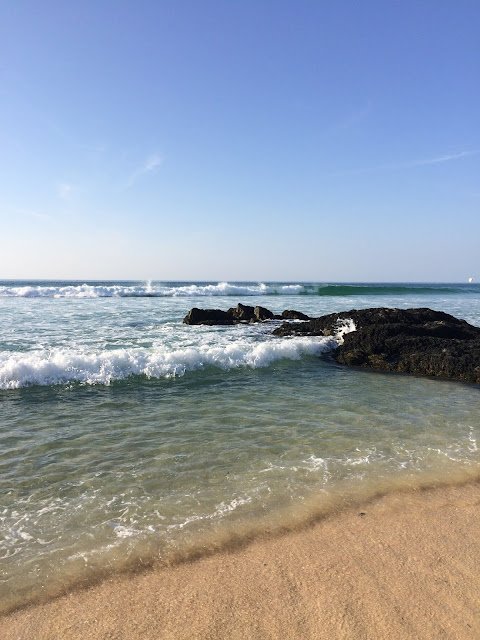 How goes it? After what feels like the longest winter ever, and even though I wonder whatever happened to Spring, it's already mid May. The garden is looking plump and verdant. And even though there were several victims of the frost and snow, there is floral abundance in every corner. My garden is now full of self seeded loveliness; a dream of mine when it was a fledgling. There are lots of insects flitting to and fro. This morning a gorgeous orange tip flew in, landing here and there. There is a resident speckled wood that will make haste from the tree canopy if anything steals a march on his patch. Lots of fat careering bumbles, honey bees and other pollinators too. The garden is alive in so many different ways, and it's a pleasure and a privilege to potter amongst it.

We have spent time at the beach. Olly is becoming quite the proficient body boarder, and will happily play for hours in the sea. There's usually other boys from his year group there, and they make the job of the watchful Mum much easier. I can sit on my rug and relax while he whoops and splashes in the surf. Honestly, what could be better than some unadulterated play that isn't punctuated by my cautionary pleas to hold my hand, keep to the inside of the pavement, don't run too fast, slow down. I can hear myself sometimes, and it saddens me that all I can see is danger and calamity. It's been drip fed to me over the years - inside safe, outside unsafe - when of course it's all relative anyway. On the beach, Olly gets to experience a little of what it was like for me as a kid. That sense of freedom which allows you to experience new and familiar situations. He comes home tired and happy, with a new cluster of freckles and exciting tales to tell.

Sam turned twenty one last Friday, and also had his final Uni exam. I'm far too young for a son that old! He has interviews at Leeds and Manchester to train to become a teacher starting in September. I spoke to him briefly; what I really wanted to do was drive up to Liverpool and give him a great big bear hug. I have a real sense of him leaving the nest. He won't be home for much of the summer. He's off to America for half of it, and working at his job in Liverpool for the rest. I've got my eye on a frock for his graduation in July, and am determined to spend a few days there with him then. It's hard, this letting go business. I still send him abusive texts from the cat. And delicious gurning selfies too. They rarely garner a response. I think they may annoy him. However I shall keep doing it. I'm tenacious like that.

Alfie has landed himself a job at a takeaway pizza joint. He loves it, plus he gets to bring home a pizza after every shift and unlimited fizzy drinks while he's working. Alf is easily pleased. I am ecstatic. I thought I'd have terrible trouble trying to get him off his arse and into gainful holiday employment. If he's lucky it may be a job in the quieter months too. Alf likes money very much. He likes to count it. He likes taking it to the bank. He's not so keen on revising. The GCSE bandwagon is still rolling along. The school has been putting on holiday revision sessions, which he is attending, and so I'm contenting myself with that. Through gritted teeth. I'll be glad when it's all over to be honest. Roll on college in September.

The purchase of The Wink is dragging its' heels. This week is all about the mining survey. We are now required to obtain a full survey of past mining activity in the area - and in particular around the house - as a result of the mining searches. I'm not sure the original builders of the property would have built the house on or in a mine. At the time it was built, it would have been pretty obvious where they were. But fast forward some hundred and sixty or so years, and the requirement is that it needs to be investigated. It's been rather fascinating to look at the maps showing old mining works and excavations, and it's given us a real sense of history of the area we will be moving to. Seeing it has strengthened our resolve to move there. That and the bluebells.

And how are you all? I'm aware that I've been rather absent of late. Life seems to be getting in the way, and my motivation for many things has been rather poor. I have found it difficult to settle to the page, and the words don't seem to be coming my way. Perhaps that's way all I'm writing down are a jumbled round up of stuff. In truth, I've rather lost my writing mojo. It happens. It will return. I shall be inspired once more no doubt. It's all about rhythm and balance, and mine has been rather off kilter lately. I didn't realise how much being kicked in the guts could affect me. I don't seem to pick myself up as quickly as I used to. Having said that, I have plotted a new running route, and will be going out on Saturday. It's my toe being dipped back into the water. The rest should follow after.