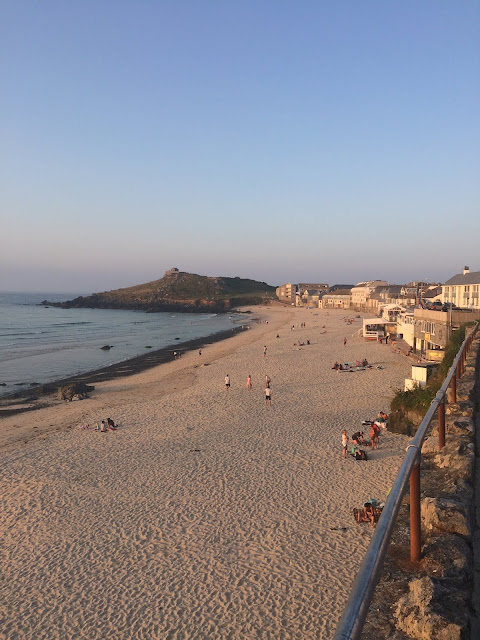 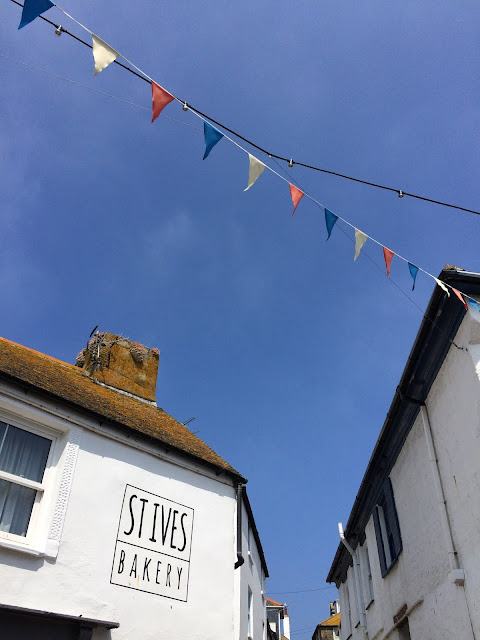 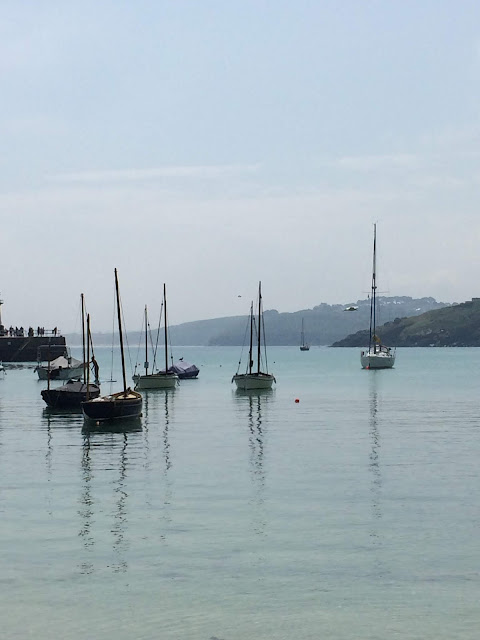 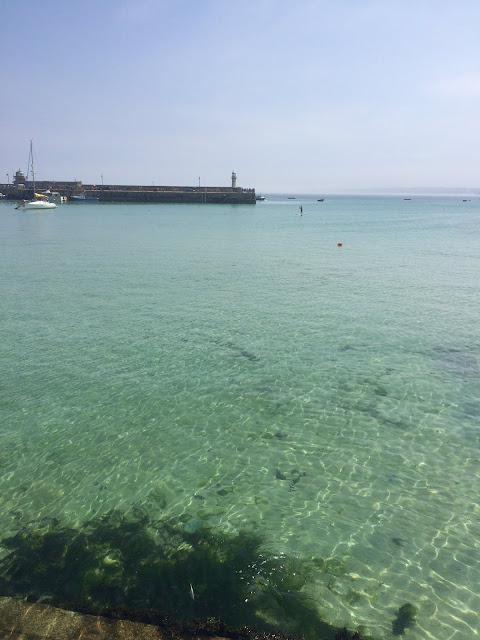 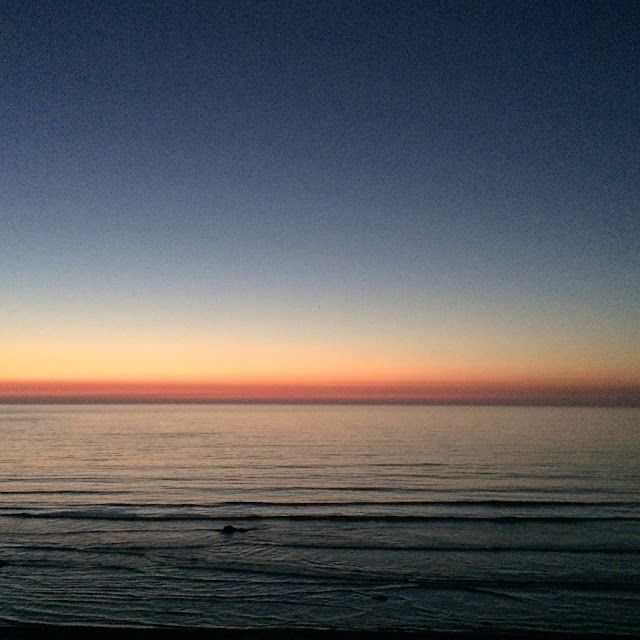 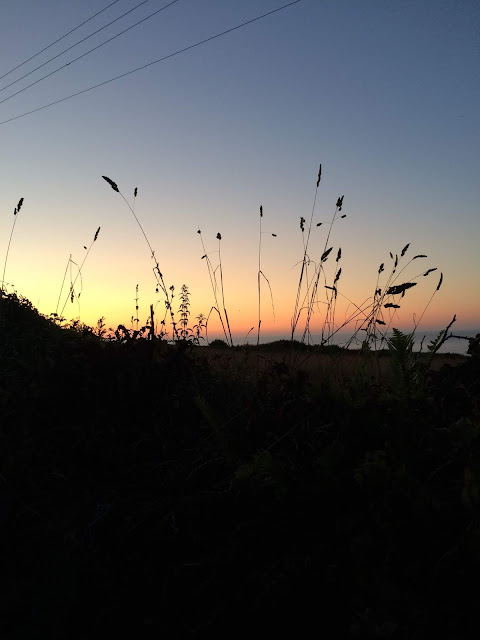 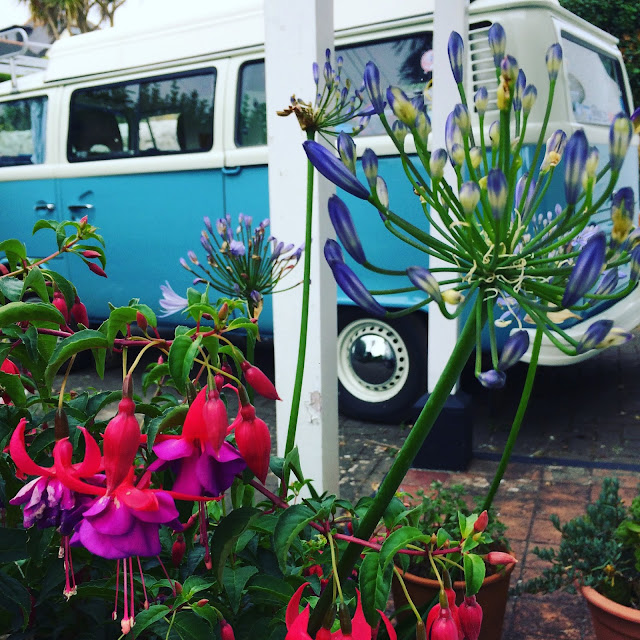 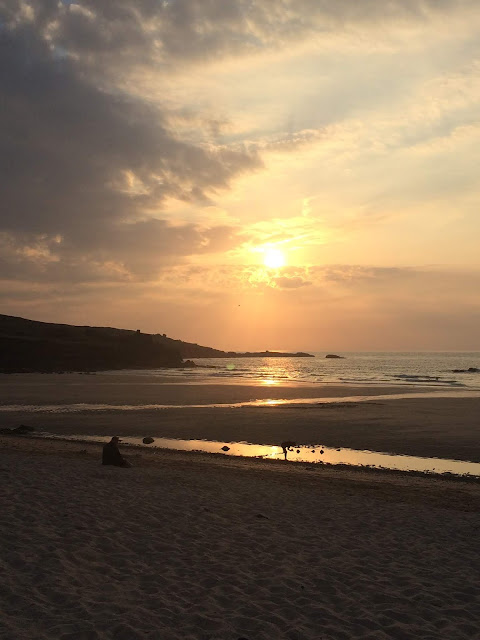 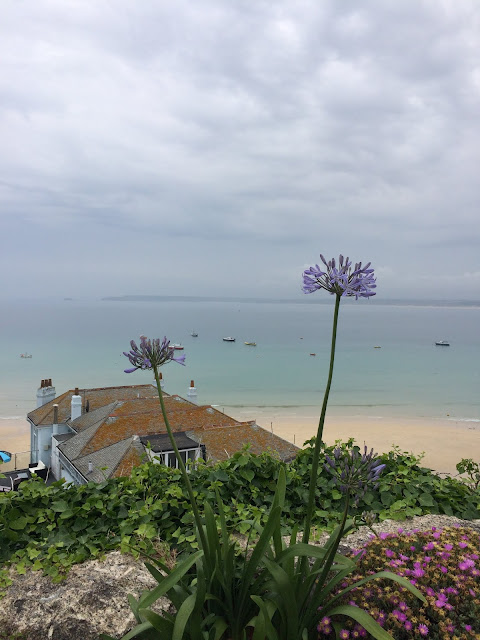 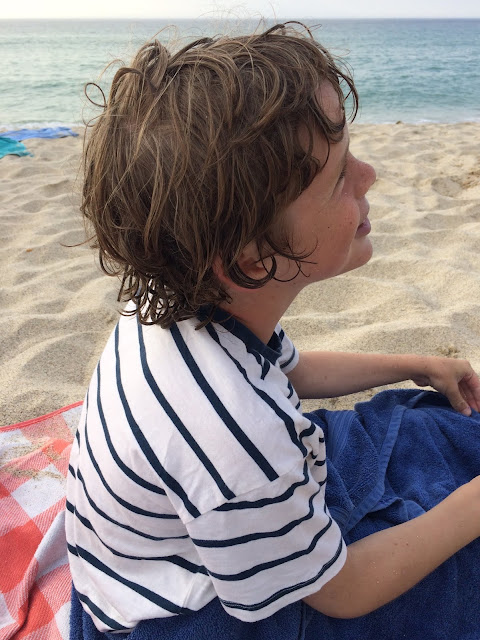 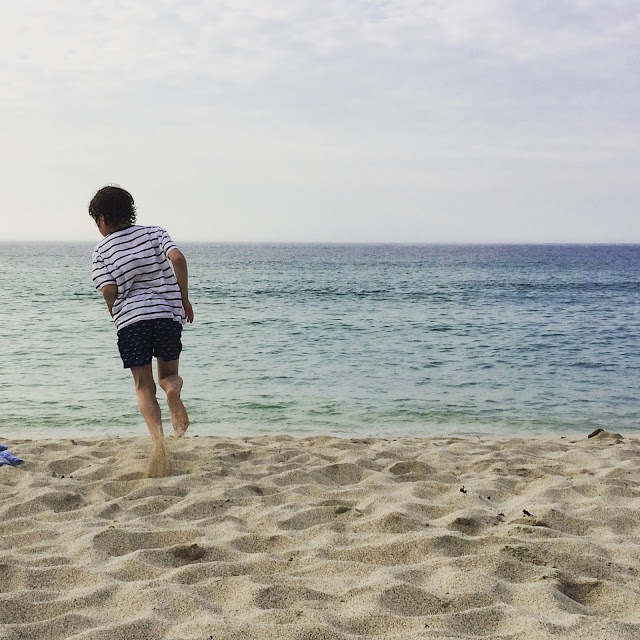 How are we all? It's the first day of the school summer holidays, and as is the usual tradition here, Olly and I are doing bugger all. He's been allowed to play Minecraft on my phone for as long as I deem fit. Obviously he's thrilled. I have already had a little garden potter. I saw a few ladybirds, deadheaded a couple of geranium plants and thought about a bit of weeding and pulling up of spent blooms. The seagulls are going berserk on the roof, although Colin fledged and flew a couple of weeks ago. We have a wren nesting in the palm tree, and Geoff the wood pigeon is hanging about too. He sometimes brings his mates over, but I think he's having a quiet one too.

St Ives has been basking in the heatwave, and anyone here on holiday has enjoyed amazing long summer days, and humid sultry nights. There has been a lot of pink people parading along Fore Street. A lot of talk about the weather too, that usually starts with the refrain "I'm not wishing the weather away, but..." I have to say I'm not a fan of hot weather. I don't cope. I get, well, hot. And bothered. Not a great combination for this menopausal woman I can tell you. Today is no exception; wall to wall blue skies and steadily soaring temperatures. Luckily our house is cool in the summer months, and I enjoy opening all the doors and windows allowing the fresh sea air to blow through. It also makes for a fair few pesky flies, but you can't have it all.

The garden has suffered during this prolonged hot weather. Lots of frazzled plants, and where once was green lush grass is now mere brown scrub. Despite that, we've been treated to lots of lovely visitors. Several different butterflies, including ringlet, meadow brown, gatekeeper, comma, peacock, small tortoiseshell, all the whites and red admirals. Moths too. I've been dutifully looking them up in my moth guide book, and getting all excited about them. We have some solitary bees living in and amongst the crevices. And a rat made an appearance for a day or two. He was seen off by next doors cat, Skarloey being far too elder statesmanlike to personally manage his estate. He just lay there, flicking his tail and pretending not to notice.

We will be at Welfield a little while longer than we thought. The mining survey on The Wink, threw up a few issues that are being dealt with by the owner over the next couple of months. And because of this added delay, our buyer pulled out last week. We've decided to hold off re-marketing our house until the long holiday is over. August is the wrong month to sell in St Ives anyway. It's mostly holidaymakers that view properties, locals being far too busy to even think about moving. We were quite gutted when we received the news last Thursday, but have dusted ourselves down and are being positive once more.

I had a text from my Mum yesterday with the words 'DIGGER AT THE WINK!' She writes all of her texts in capitals. I'm not entirely sure why. To be fair, she's only been texting for about three months. Olly taught her how to do it. Me and my sister never thought we'd see the day, but perhaps you can teach an old dog new tricks. I am heartened that Mr Jones has indeed got his backside in gear. We've been told that he's quite a difficult character, although I'm sure I could charm him given half the chance. I spend my days at the shop charming the husbands of the ladies who are trying on 'just one more dress, Derek.' We have a chair situated at the front of the store for weary other halves. It's very well occupied.

Sam graduated last week, which was all rather wonderful. Lots of laughter and happy tears. I unexpectedly came over all emotional whilst watching him being helped into his gown and board in the robing room. Marc had to dash off to get me some tissues. A huge swell of pride just got hold of me, as I sat watching him. I dicked about when I was at University, and didn't appreciate the chance to immerse myself in my studies, so glib was I about my own education. By contrast, Sam has been diligent and worked so very hard. And held down a part time job to save money for his trip to the States. He earned his degree the right way, and I couldn't be prouder of his work ethic and how the past three years have shaped and moulded him. He's back to Liverpool in September to study for his pgce, but is back home now and I'm relishing it. Although I could do without the added mess, and my food bill has rocketed already.

Anyway, the next cup of tea beckons. As does some constructive house stuff. There are beds to be made, floors to be vacuumed and loos to be scoured. And I quite fancy an evening swim in the sea too. Have a lovely day.