A random ten for half term 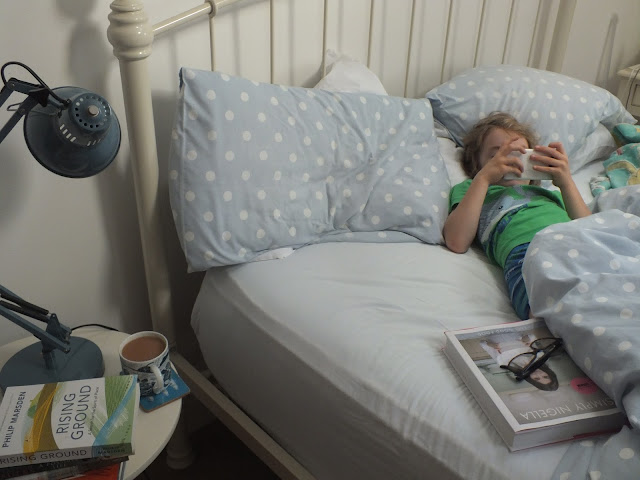 Our coats, the camera and the dog lead are lying redundant on the stairs. Every time I declare this to be the moment to venture out of doors, the heavens open. I don't mind the rain. But walking the dog and the boy in a torrential downpour I can do without, frankly. It really doesn't make for a harmonious household. And anyway, Olly is engaged with old toys that he found in the attic yesterday. Sam's old Robot Wars toys. A programme from a time when my eldest was about the same age as Olly is now. It's lovely to just let him be. Engaged in imaginative play and chattering away to himself. And I'm not feeling the need to fill his days with me and him stuff. I'm learning to let my children be. It took long enough, mind.


*Taken from Lisa Faulkner's book 'Recipes From My Mother To My Daughter'
A surprisingly good cook book.