A huge thank you to Annie and the collaborators for letting me guest post for The Colour Collaborative this month. When asked I said yes immediately, without stopping to think that the post I wrote would have to actually fit the brief. No wandering off and processing on the page for me. And I have to say I rather enjoyed the challenge. I hope you enjoy my interpretation of this month's theme.

If you follow the road that leads into town from the Tate Gallery, and keep following it left up Back Road West, you will find a small granite cottage, with a plaque above a brown front door that reads:

You may know about Wallace already. He was discovered by the artist Ben Nicholson, who on passing Wallace's cottage, noticed his paintings hung all over the walls. He was enthralled by the art he saw and by Wallace himself. Wallace's work was inspirational for Nicholson's own development as an artist, and the naive quality of his paintings were highly influential in the development of British Modernism. 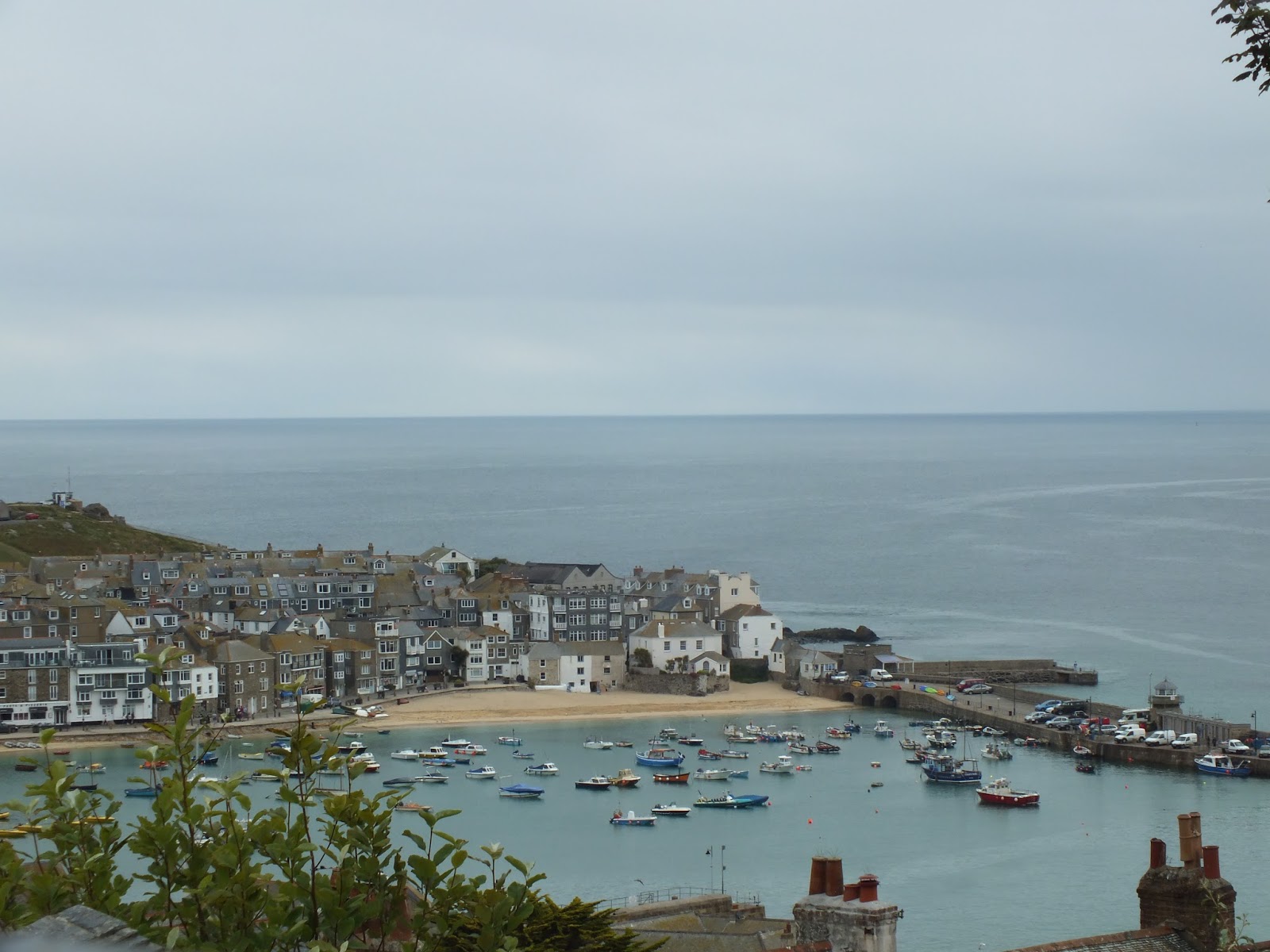 Alfred Wallis is a bit of a hero of mine too. This is a man who after the death of his wife, started painting. He was seventy. He said he did it 'for company.' I have this mental image of him picking up a brush, dipping it into a pot of marine paint and conjuring up a boat from his memory banks. For a person such as myself who over-thinks everything, I find this remarkable. He just got on and did it. He wasn't concerned with any intellectual pursuit that often accompanies artistic endeavour. Wallace painted because it made him feel better.

He used a limited colour palette of sludgy grey, brown, pungent green, black and blue. These are not the colours that you would expect from a man living a stone's throw away from a beach that can boast the whitest sand and the bluest sea in the UK. But for me they are perfectly in tune with the colours of West Cornwall. They are muted and pared back, synonymous with it's coastline and surrounding countryside.

They are also the colours of St Ives in the days of Wallace, before the candy cane windbreak came along. The life of a Cornish fisherman was hard, and these colours create a sense of that too. Even though St Ives is known to be a mecca for artists and writers, it's roots lie in the toil of the sea and the land. These colours are hardworking and honest, rather like Wallace himself. They tell of a man who lived a hard life at sea, and navigated more rough waters throughout his lifetime. 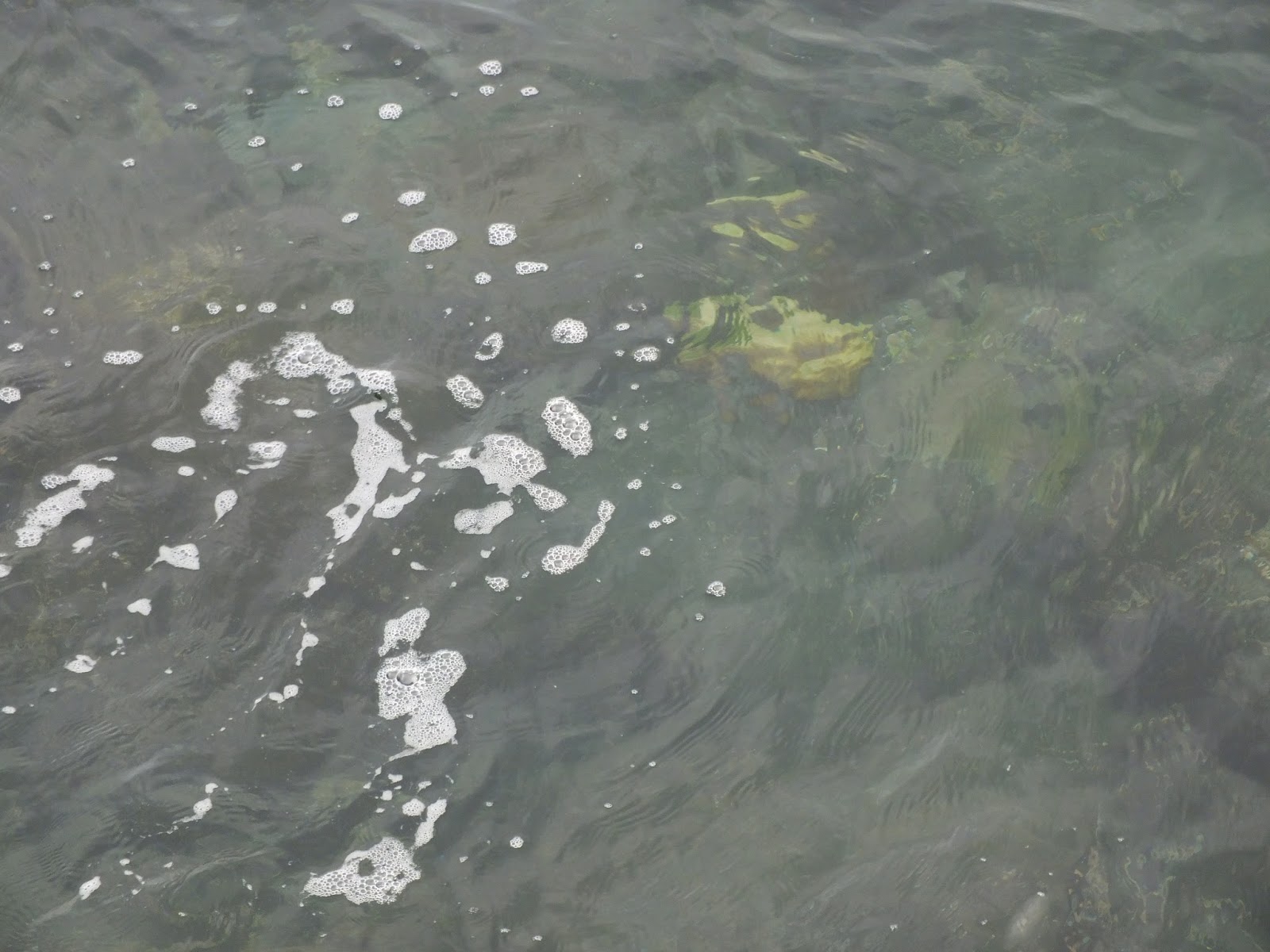 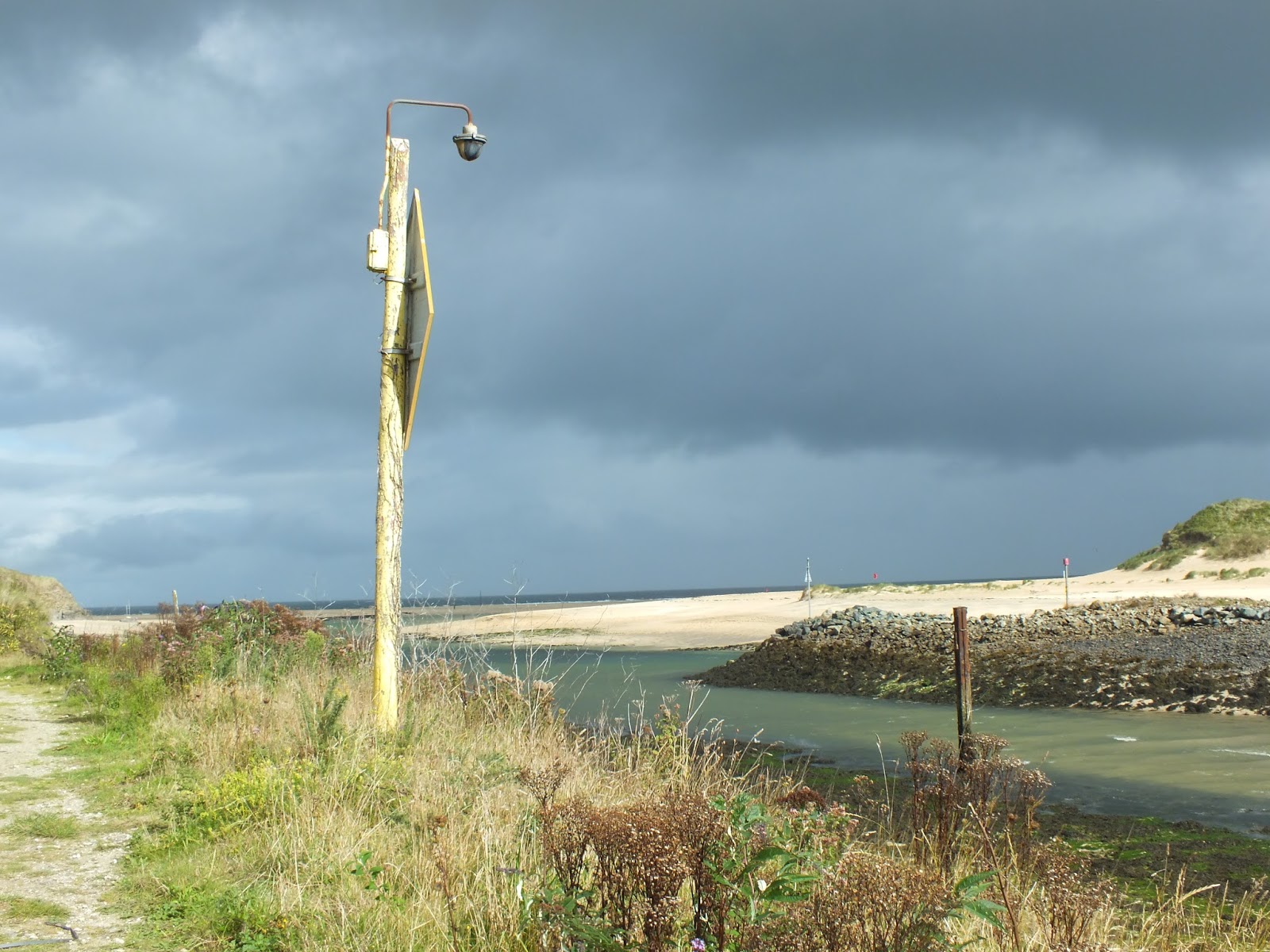 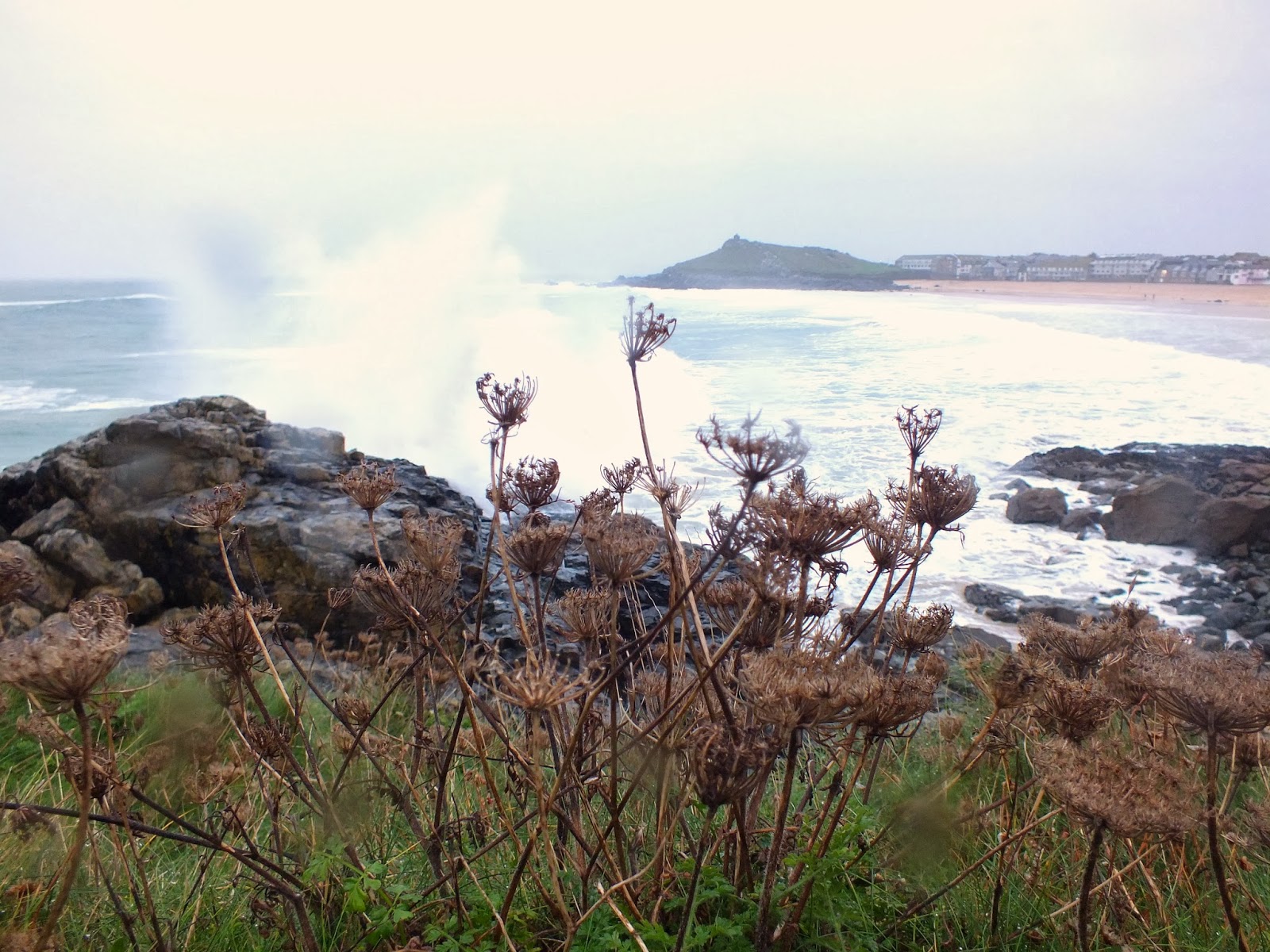 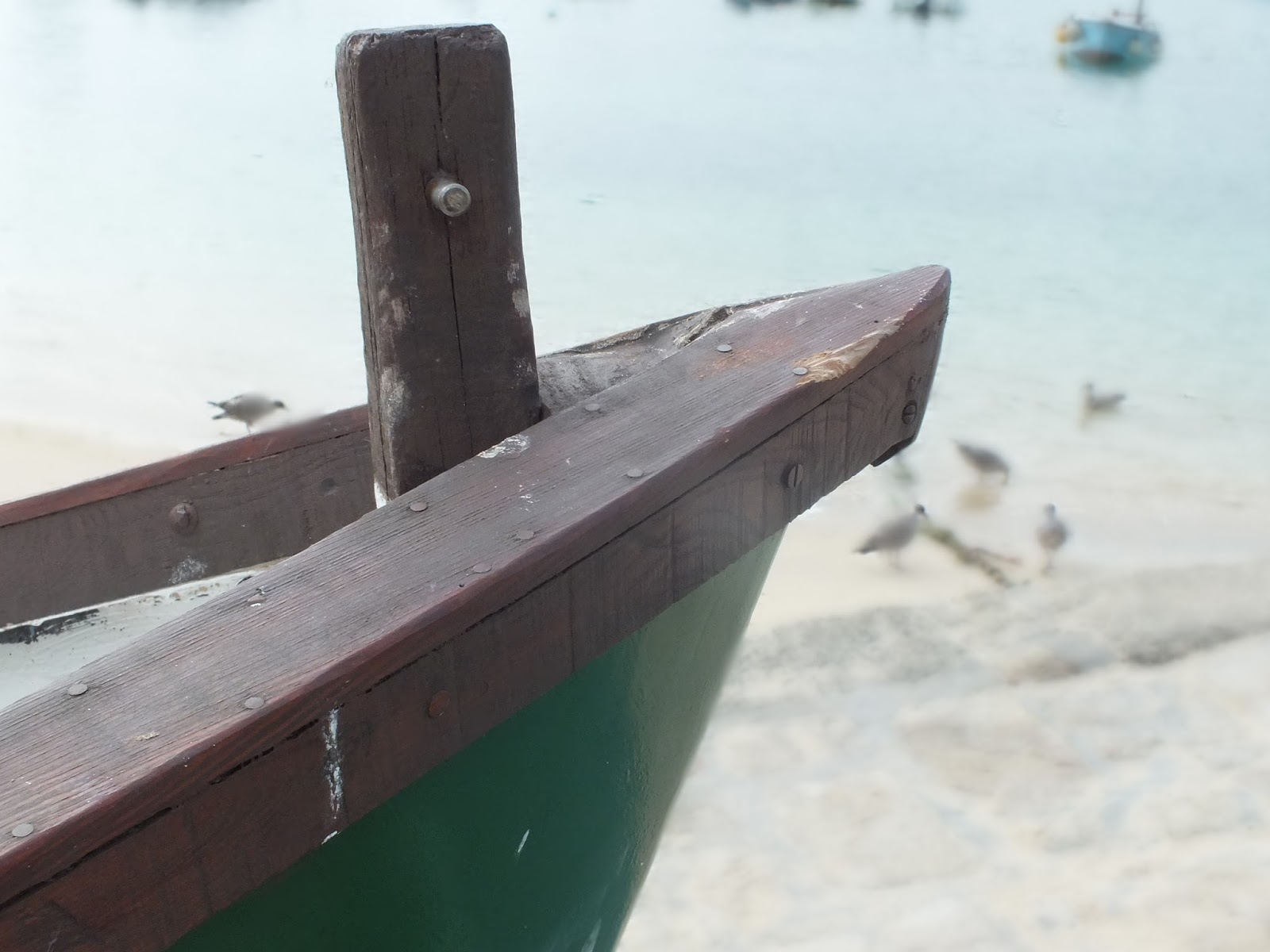 Wallace's paintings are small and seemingly unassuming. But they draw you in. The grey and black of the sea as his boats set a course through it, is full of movement and mystery. It conveys the idea of adventure and danger. The boats themselves are simply drawn, but exquisite. They are going places before your eyes, as they chart a course out into the Atlantic, and set sail for new horizons.

But above all it is the colours that I love. Those earthy honest colours that I see around me as I walk the beaches and coastline of St Ives and the surrounding area. These are unpretentious colours, that don't need an explanation. They soothe me and give me another connection to a place that I have fallen in love with. The colours of an Alfred Wallace painting tell me that I am home.


What is The Colour Collaborative?


All creative bloggers make stuff, gather stuff, shape stuff, and share stuff. Mostly they work on their own, but what happens when a group of them work together? Is a creative collaboration greater than the sum of its parts? We think so and we hope you will too. We'll each be offering our own monthly take on a colour related theme, and hoping that in combination our ideas will encourage us, and perhaps you, to think about colour in new ways.