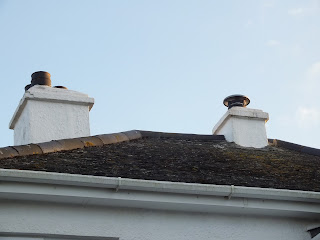 This is the roof of my house. To the left is Seagull chimney stack.

We have watched a little seagull wander about precariously.

We see it's little beak. We hear it's call.

Yesterday there were high winds.

The baby gull fell off the roof.

He landed in the chicken run.

Mum was valiant. She attacked Beryl and Jean. She attacked me.
I brought the baby gull inside.
It was a knee jerk reaction.
A hasty rescue and retreat. 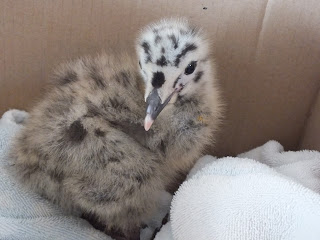 The mother waited and called.
Called and waited.
I felt so sorry for her.

Later that day, Mum gave up and left. She abandoned the nest.

I made an impromptu nest for baby gull.
We fed it.
It ate.
Olly named it.
Tony...
It pooped. And flapped it's wings. And called out.

Twenty fours hours later, it is still here.
Eating. Squawking. Pooping.
Tomorrow it goes to a rescue centre.
If I can find one.

I am reminded of this book. I take it off the shelf. 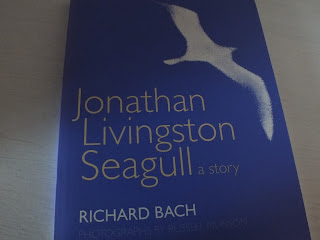 This weekend has been rather bizarre.